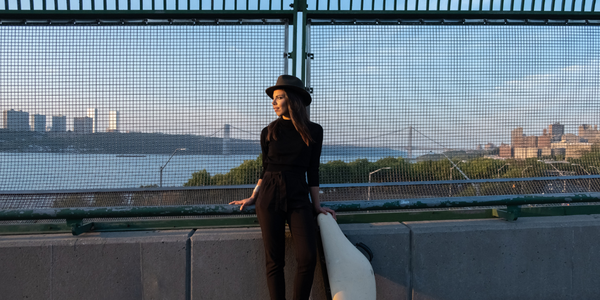 Melissa Aldana is a New York-based, third generation saxophonist from Santiago, Chile whose father Marcos and grandfather Enrique ‘Kiko’ Aldana were both masters of the instrument. Aldana’s evocative tone and compositional talent as a recording artist for Blue Note Records mark her out as a must-see artist on this year’s Sydney International Women’s Jazz Festival bill.

The thirty-three-year-old has established herself as a standard-setting artist in contemporary jazz, with multiple Grammy nominations attached to a variety of projects, including her compositional work running six albums deep as of 2022.

“I had a normal youth, I took lessons with my dad and went to a normal high school, and I definitely did a lot of practicing”, Aldana says. “In that sense I was a little bit… afar from the other kids, because I always wanted to practice the saxophone.” As a kid, Melissa spent time refining her playing with the discipline necessary to become a world class musician.

As an adult, she has made good on the hours her father Marcos spent with her.

“I started saxophone when I was six years old, and grew up seeing my father and grandfather teaching, so my first memory was them practicing and teaching.

“We had a lot of fun, and (my dad) really taught me the love to practice, and the patience to achieve something.”

She has won the Altazor National Arts Award of Chile, and the Lincoln Centre’s Martin E. Segal Award. 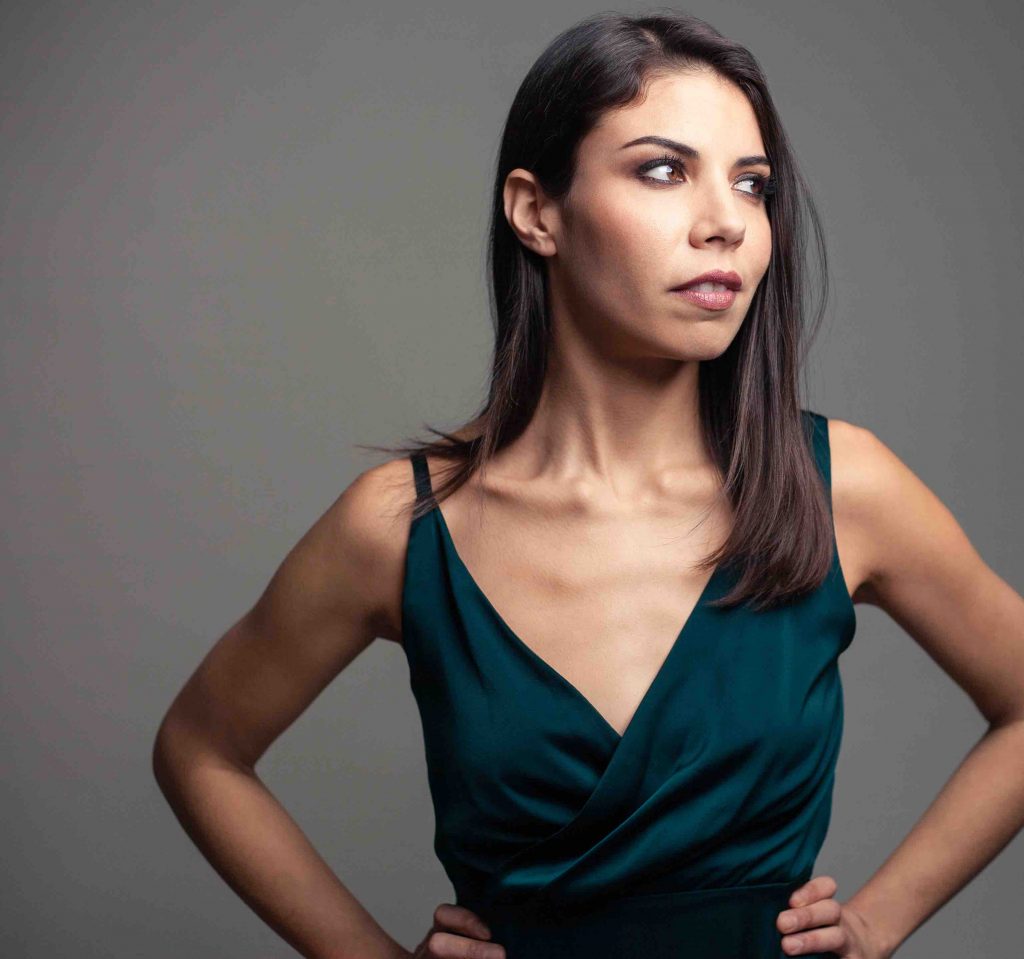 Aldana is also notably both the first female and the first Latin artist to win the Thelonious Monk International Jazz Saxophone Competition in 2013, a huge honour made sweeter by the fact that her father placed as a semi-finalist in the same competition in 1991.

“It’s beautiful”, Aldana says of the result. “He feels very proud, and it’s also crazy to see how time goes by, and all the things that happen.”

The process of practice and performance revealed her character, and self-revelation would become an important theme to Aldana as she grew older. Spending her early teens playing in the jazz clubs of Santiago, Melissa’s break came when she met pianist Danilo Pérez, who invited her to perform at the Panama Jazz Festival.

After auditioning for music schools in the USA, Aldana attended the Berklee College of Music in Boston. After graduating Aldana relocated to New York City to study under George Coleman, where she has lived for twelve years.

“I learnt about who am I, and what are the things that are important to me.”

More than just a technically gifted player, Aldana’s recorded work has a rich vein of personal and emotional narrative running through it. On her fifth album from 2019 Visions Aldana’s warm, expressive tone leads her quintet through a journey that Aldana says was partially inspired by Mexican artist Frida Kahlo’s self-development, “her own process of finding self-identity through art”.

“I think that, to me, playing saxophone or playing music had more to do with wanting to feel something and wanting to find meaning to things – find that purpose.”

Aldana is also a member of the Blue Note records group ARTEMIS; an all-star collective whose self-titled debut album earned the all-female band a Grammy nomination. Melissa’s composition for ARTEMIS  Frida was another dedication to her ongoing inspiration, Frida Kahlo. 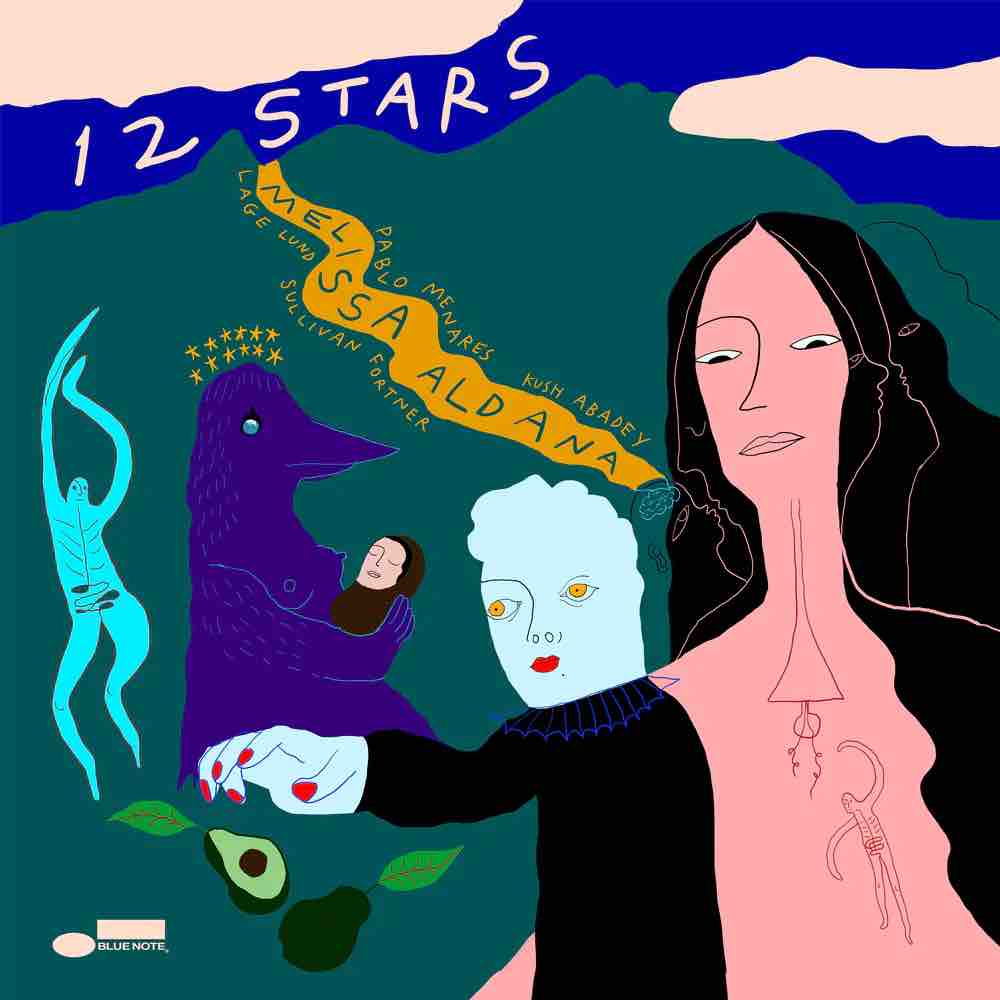 Aldana’s recent Blue Note Records LP 12 Stars charts the twelve years Aldana has lived in New York City, reframed through the metaphor of the tarot, and a process of therapy Aldana was undergoing at the time.

The eight song cycle deals with the loss of a significant romantic relationship, and the introspection that followed the 2020 COVID lockdowns in New York City.

Throughout the record, Aldana’s saxophone lights the way on a journey inward, best described by Blue Note Records boss Don Was as a “vulnerable, expressive and elegant record”.

“It talks about the twelve stars that are drawn on the crown of the Empress, which on the third Arcana”, Aldana explains.

The Empress is the embodiment of the growth of the natural world, fertility, and what one knows or believes from the heart. The Empress also represents the productivity of the subconscious, seeded by ideas, and is connected to life, death and rebirth.

“I think all of that, plus with practicing, is going to be shown in the music.”